History of the e-Cigarette

The E-cig industry has managed in a very short period to gain the trust of the smokers around the world and to offer them a less harmful alternative to traditional cigarettes. Its resemblance compared tot the traditional cigarette, its lower cost and its technological advancement can set it apart amongst the rest of the nicotine replacement therapy products. Like all innovative products it took quite a few years for the E-cig to end up in the shape and form we all are accustomed to.

Here is a brief journey on its history: 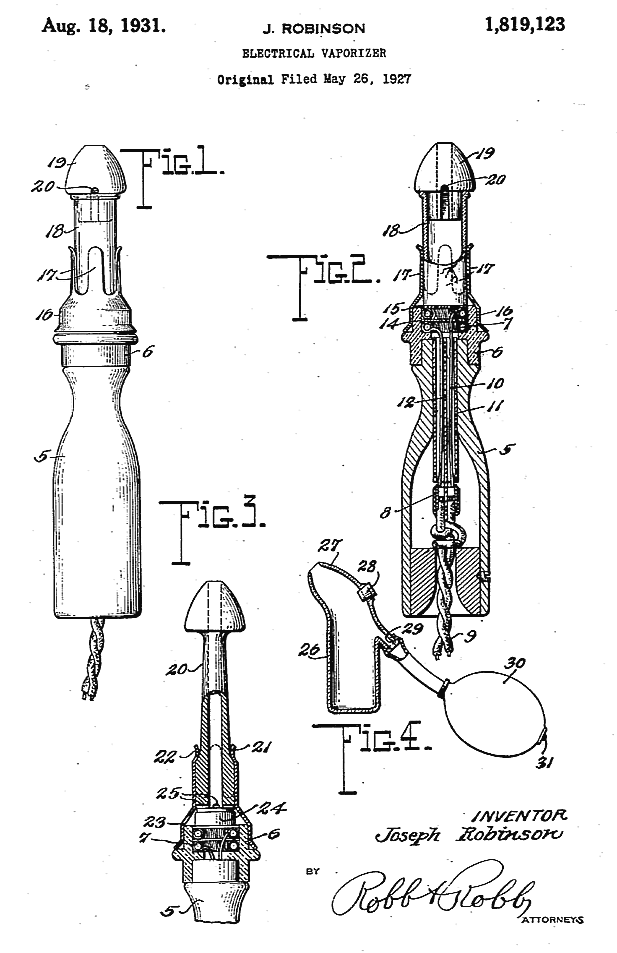 Joseph Robinson files a patent of the first device that resembles a modern e-cigarette.(Robinson, 1927)

Joseph Robinson’s patent gets granted, but it was never commercialized.USPTO (United States Patent And Trademark Office)

Herbert A. Gilbert files his own patent in the state of Pennsylvania. It gets granted and publicly available by the United States Patent and Trademark Office.(Gilbert, 1965)

Chinese pharmacist Hon Lik came up with the idea of using a piezoelectric ultrasound-emitting element to vaporize a pressurized jet of liquid containing nicotine diluted in propylene glycol. Hon Lik’s was granted in 2004 and became publicly available by the United States Patent And Trademark Office. (Lik, 2004).

Electronic cigarettes become available for sale and use in Europe and America.

The E-cig global market continues to grow exponentially. Based on all statistics available it will manage to surpass the sales of traditional cigarettes around 2024. 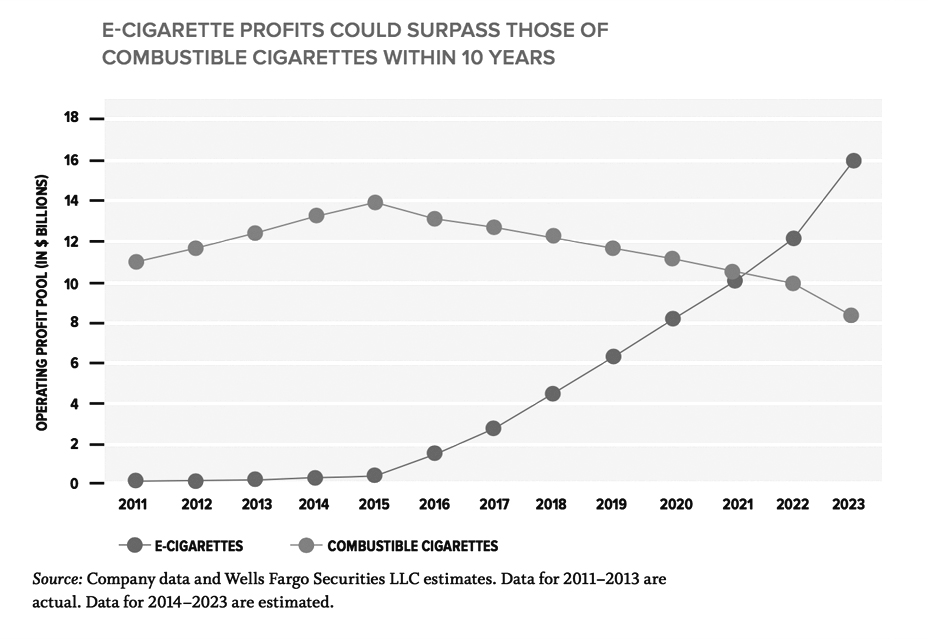 This site sells vaping products that may be hazardous to health and are intended for use by adult smokers. Not to be purchased or used by minors under the age of 18. NOBACCO products that contain nicotine, which is an highly addictive substance are not suitable for use by person under the age of 18, pregnant or breastfeeding women, or persons who are sensitive or allergic to nicotine and are not intended for use by persons with or at a risk of an unstable heart condition or high blood pressure. Keep out of reach of children.